So why the new inverter power quality response mode settings?

Solar communities are driving rapid changes to the distribution of power across the world. We are seeing whole communities generate more power than they and their neighbors can consume, especially in the middle of the day.

This issue is commonly know as the ‘Duck Curve‘. It’s the correlation between excess solar supply during the day against peak demand in the early evening. The introduction of solar energy (especially on roof-tops) – which peaks during the day – has led to a reduction in demand for grid-sourced electricity generation.

In Australia, the nominal grid voltage is either 230 or 240 Volts. During the middle part of the day as solar generation starts to increase we see grid voltage start to rise, which is bad for your inverter and return on solar investment.

It’s common to see voltage fluctuations of 10 volts throughout the day. It’s the job of the electricity distributor to maintain your voltage – between about 217 volts and 254 volts. But keeping the voltage below 254 is becoming more of a challenge for the electricity distributors. The mean point between 217 volts and 254 volts is 237.5 volts, however studies conducted by Metropolis Metering, Solar Analytics show that 248 volts is now the common average found across Australia.

Modern inverters such as Fronius, SMA, Enphase or Solar edge all come with the capability of Volt-var & Volt-watt settings. This helps the network operators to keep power being supplied with the acceptable window and without pushing the voltages to high or too low. These features are mandated by AEMO and all new inverters must have this setting types to comply with AS4777.2

This mode will help to avoid a complete shutdown of the inverter by temporarily curtailing output. This starts to kick in at 250v and continues in a linear fashion to 265v. However at 255v your inverter will be limited to 68% of its capacity! This is bad because when you want to be making the most out of your PV system by exporting back to the grid, the high grid voltage prevents this from happening.

Volt Var is a preferable solution and usually starts kicing in between 248v -253v depending on which DNSP your in.  The inverter will absorb or produce reactive power to decrease or increase voltage as needed. The inverter will gradually limit the production capacity when the voltage gets high. This can help prevent your inverter tripping from overvoltage. This can be see in graph below.

Your voltage reaches 260 volts for more than 1 second – your inverter will turn off.

Your voltage reaches 265 volts. Your inverter will turn off.

What is the solution?

If you’re not getting the savings you’d hope for from your solar system, or if you’ve noticed your appliances running hot, it’s highly likely your home is receiving expensive High Voltage from the electricity grid.

Unfortunately, waiting around for your Electricity Network to fix the problem may take a while. Currently only a few Networks manage voltage at substation-level, and have a very small voltage adjustment range of 3-4% that delivers minimal savings. 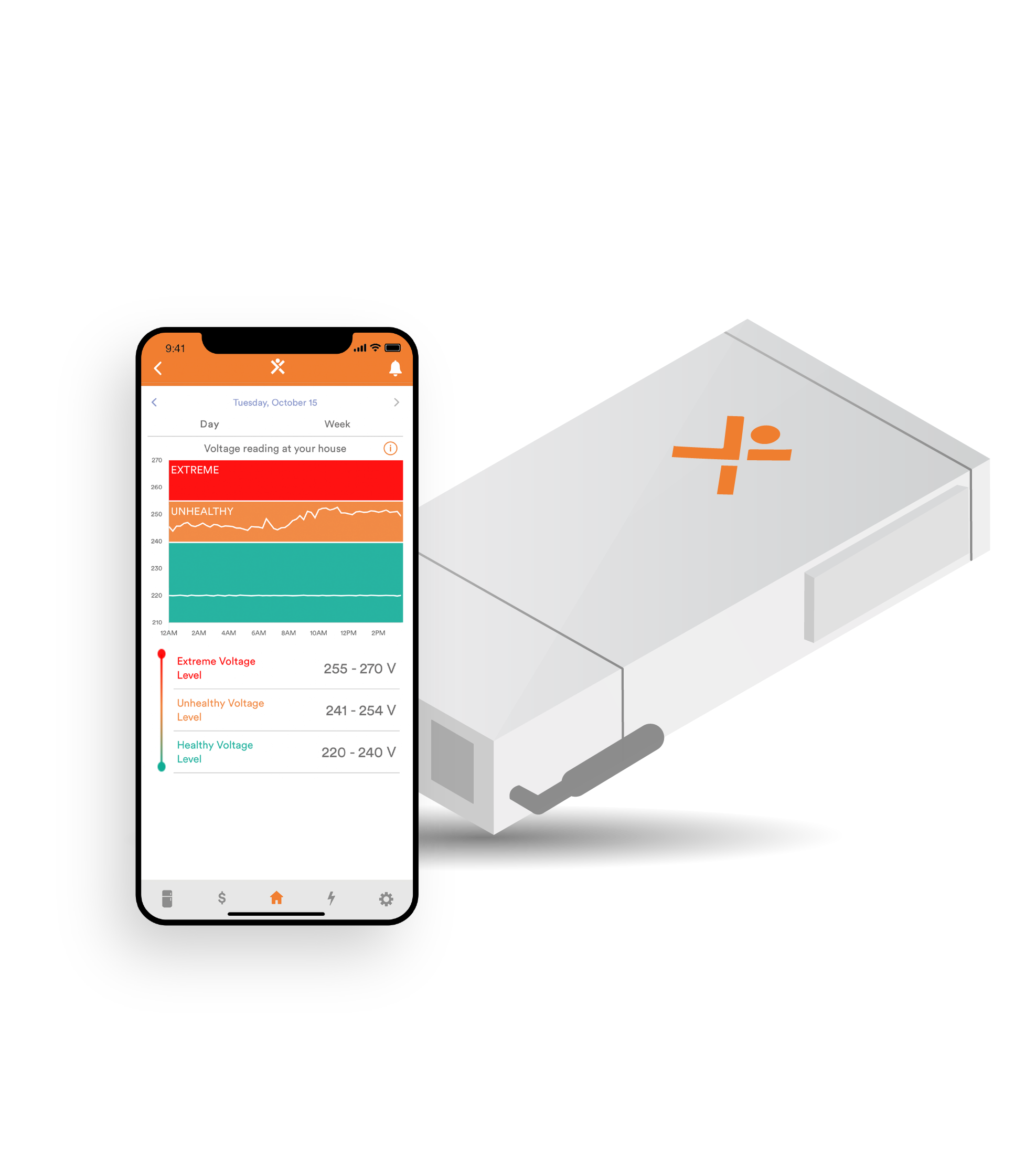 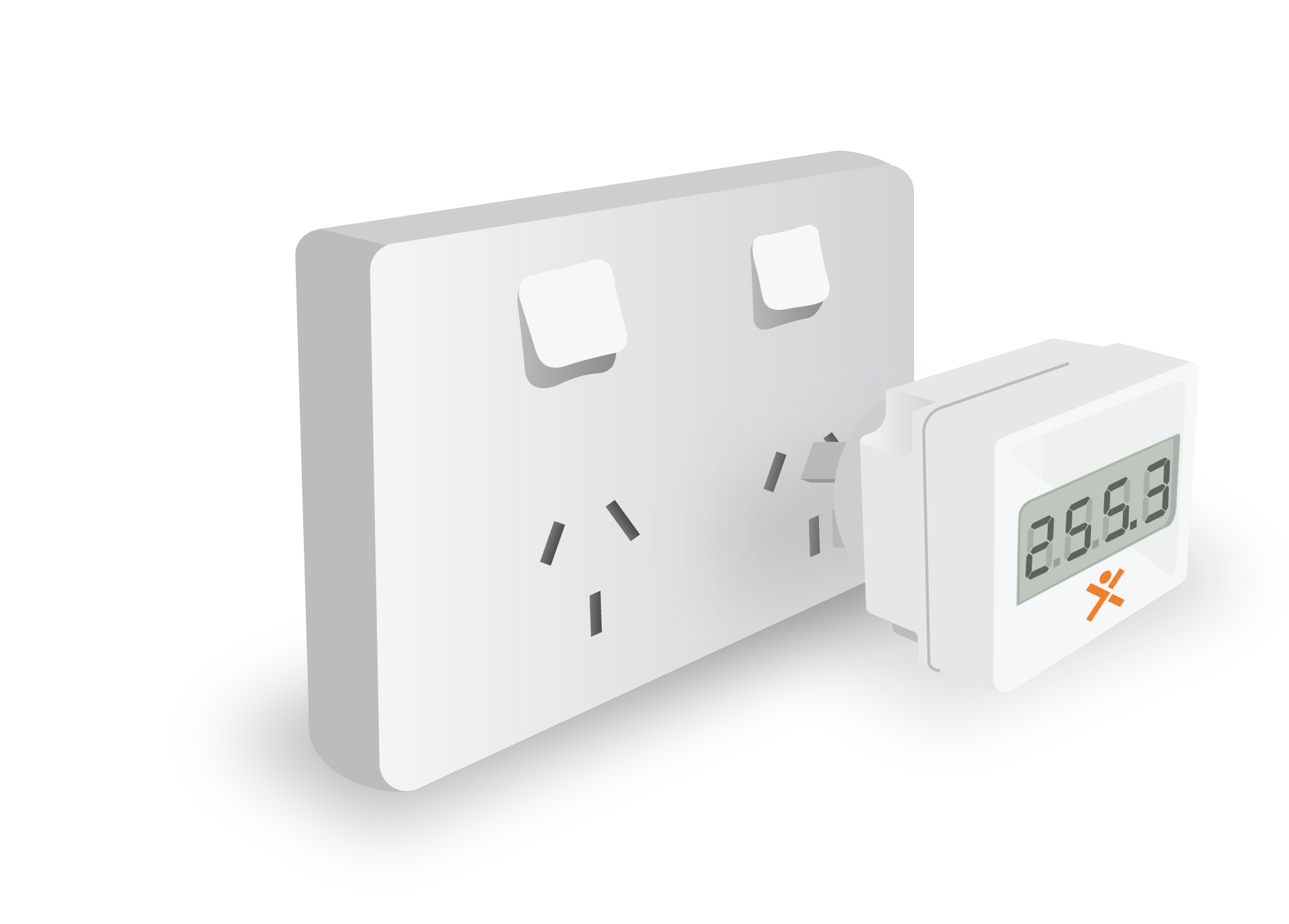 The Voltage Reader can accurately present voltage readings, and maximum voltages experienced within the home.